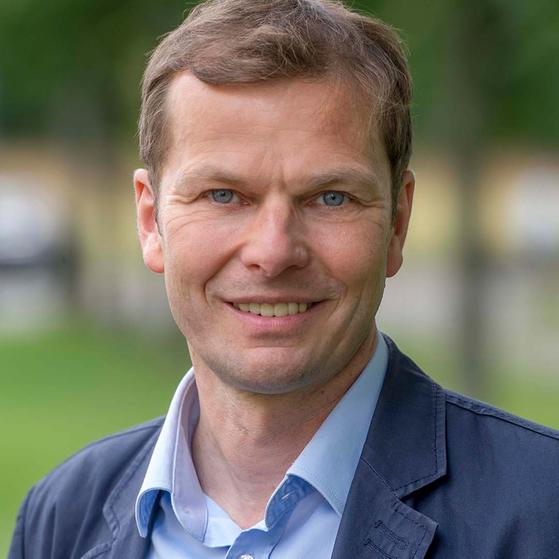 Observers expect Turkish President Erdogan to carry out his threat of an offensive to expel Kurds and resettle Syrian refugees. But when he marches in remains unclear.

Unfortunately, Turkish President Erdogan was unable to achieve anything as a mediator in the Ukraine war. In the case of another conflict, however, he manages to get the opposite poles, the USA, Russia, Iran and Syria, for once to agree. Washington, Moscow, Tehran and Damascus are rejecting what Turkey has been announcing for weeks: a new offensive in northern Syria.

Erdogan wants to drive the Kurds out of the border area with Turkey and settle there instead Syrian refugees from Turkey. Because Erdogan is also hoping for a domestic political liberation, most people in northern Syria are not asking whether Erdogan will carry out his threat, but when he will march in.

Commander Muhammad Kabso is a member of Al Jabat al Shamiya, the Levant Front, which has affiliated with the so-called Free Syrian Army. Which in turn is de facto a Turkish mercenary force in northern Syria. He stands in camouflage clothing against a backdrop of withered shrubs. A bulletproof vest and ammunition belt around the body signal readiness for battle. “We are prepared, have completed our training and are awaiting the Turkish order for the fight to begin,” he says.

The attack that Kabso is talking about will target the Manbij and Tall Rifaat areas, Turkish President Erdogan announced weeks ago. The declared goal is to drive the so-called Kurdish People’s Liberation Units (YPG) out of a 30-kilometer strip beyond the Turkish border. Because they are the Syrian arm of the PKK, which is banned as a terrorist organization in Turkey and Europe, and thus a threat to Turkey.

In general, the Kurds don’t belong here, says Commander Kabso: “The Kurds have to get out of here, it’s not their territory.” The Kurds in the villages are not from this area, they have moved in and “settled here,” says Kabso. “We are the inhabitants of this area and these villages, we want to go back to our villages and our refugee families should return.”

However, it was Kurdish fighters who expelled the so-called Islamic State from Tall Rifaat in 2016. Manbij, the most important city in the region, has been under Kurdish administration for ten years. And that’s how it should stay, says Ahmed Jibna, commander of the Kurdish YPG, from his position near the Turkish border. They would have taken precautions and prepared for war. “With God’s will we will resist because we belong here and we insist on our rights. We don’t want Assad’s army, nor the mercenaries, nor the Turks. Turkey wants to go back to the glorious Ottoman times,” says Jibna.

In fact, during the Ottoman Empire, Circassian refugees were settled in Manbij – as a pro-government counterbalance to rebellious Bedouins. Now the Kurds are supposed to be kept in check.

The attack announced by Turkish President Erdogan is aimed at the Manbij and Tall Rifaat areas.

impact on the population

Only when the offensive will begin is still completely unclear. However, the effects on the population are already clear. So far, Mandij has been the safest place in Syria and the economic center of the region, says Adnan Al-Marai, who runs a wholesale business for motor oil there: “My warehouse was full. But it’s been empty since the Turkish threat. I now have all my goods out of Manbij and taken to safety.” Most dealers would have done it that way – for fear of the war.

A factory that processes potatoes has meanwhile been relocated to the other side of the Euphrates, to Raqqa, a good 100 kilometers away, and a large bakery in Manbij has been closed.

The global political situation provides a pause for breath

Turkey has been shelling villages near the border for weeks, and Turkish reconnaissance drones are buzzing over the area. The offensive could start at any time, or not. Erdogan wants to settle Syrian refugees from Turkey in the areas to be conquered – which many in Turkey like to hear. But there are already refugees here. Many families from Aleppo and Idlib have found refuge in Manbij.

Aisha Nasr lives with her eight children in one of the tent cities there. The 50-year-old is concerned about the Turkish offensive that has been announced: they have fled twice now and have had to go through a lot each time. “We feel reasonably comfortable here again. But now we’re afraid that we’ll have to flee again. We don’t know where to go,” says Nasr.

At the moment, the muddled global political situation is giving them a breathing space. Because Erdogan is encountering resistance with his plans for a new offensive in Syria. Not only on the part of the USA, which was to be expected because they are cooperating with the Kurds in the fight against the Islamic State. Russia and Iran also refused Erdogan their approval for an attack. Both want the whole of Syria to fall back under Assad’s control. And then there are those Negotiations on Finland and Sweden joining NATO, which Turkey is blocking. It is quite possible that Erdogan will wait for the NATO summit at the end of June before attacking.