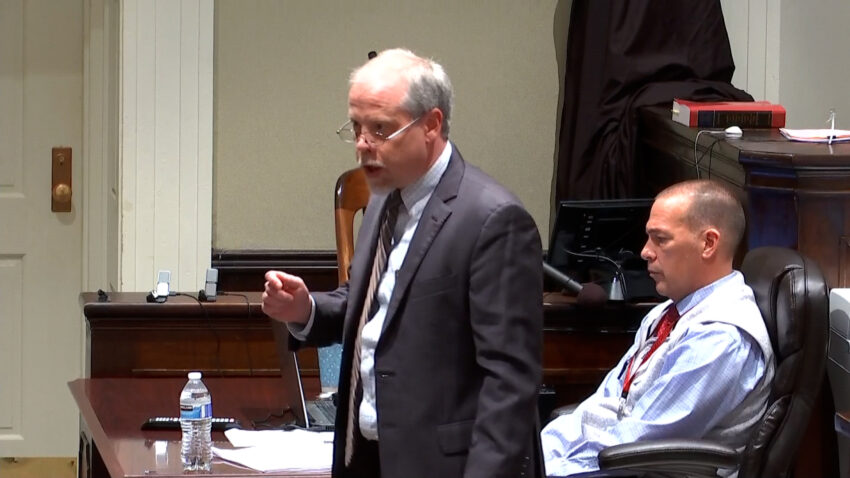 Creighton Waters, the state’s lead prosecutor in the trial of Alex Murdaugh, said during his opening statement that the prosecution’s evidence is going to show that neither Murdaugh’s son nor his wife had any “defensive wounds.”

“Neither one of them had any defensive wounds, as if they didn’t see a threat coming from their attacker,” Waters said.

He continued saying that the evidence would show that the victims, Maggie and Paul Murdaugh, were shot at close range and “stippling” was found on their bodies due to the close proximity of the firearm that killed them.

“The evidence is going to show — it’s called stippling. It’s almost like a tattoo, that it leaves marks that the forensic pathologist can see,” Waters said.

Waters said during his opening statement that after the killings, Murdaugh told “anyone who would listen” that he was not at the scene of the alleged crimes.

Waters then held up a cell phone, saying “the evidence is also going to show from these things that every one of us — most of us — carry around in our pocket, that he was there, and he was there just minutes before with Maggie and Paul.”